We address the problem of sourcing strategies and inventory control in practice.  Case studies involving seasonal and basic apparel with retail partners are discussed.  The emphasis is on policies that are implementable in practice.  Some examples of related research activities are also presented which focus on supplier reliability and model parameter uncertainty including penalty costs and fixed order costs.

Russell King is the Henry A. Foscue Distinguished Undergraduate and Graduate Professor of Industrial and Systems Engineering at North Carolina State University in Raleigh, NC USA and is a Fellow of the Institute for Industrial and Systems Engineers (IISE).  At N.C. State, he is Co-Director of the Center for Additive Manufacturing and Logistics (camal.ncsu.edu).  He has consulted for a number of companies including Ford Motor Company, The Gap, Dillards Department Stores, and the Institute for Defense and Business.  He has received number of awards for his teaching, advising and research including the Albert G. Holzman Distinguished Educator Award and the Technical Innovation in Industrial Engineering Award from IISE.  Before joining the faculty at NCSU in 1985, Dr. King worked for Computer Science Corporation at the Kennedy Space Center, the Naval Air Rework Facility at the Jacksonville Naval Air Station, and Dynamac Corporation at the Patuxent Naval Air Station in Maryland. He received a B.S. in Systems Engineering and a Master and Ph.D. in Industrial Engineering all from the University of Florida. His research interests include analysis, control and scheduling of production, inventory and logistics systems with particular emphasis on the developing additive manufacturing supply chains.  In his spare time he is a Master (4th degree black belt) of Taekwon Do studying under Grand Master K.S. Lee in Morrisville, NC, USA. 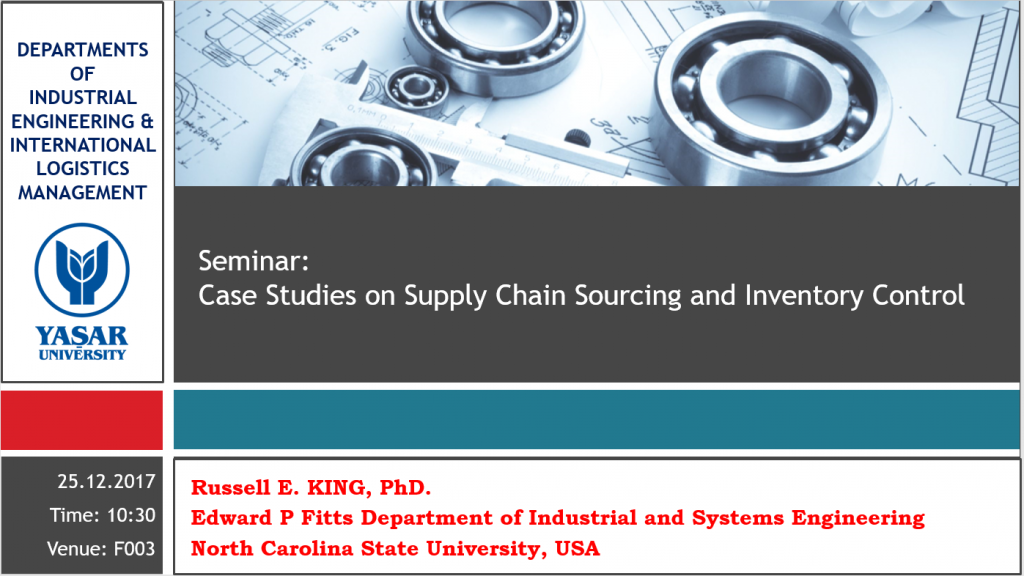